Showing posts from November, 2017
Show All 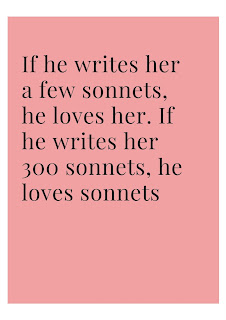 This is one of my favourite quotes. I think it explains so much about human behavior, and can be pretty much applied to any situation.

It's sad, that this is how people are.

They show you they love you, but sometimes that's too much. Yes, too much. They do something so often that it's obvious that they aren't doing it to show affection, they're doing it because they enjoy it, or they are doing it for their own image.

I've dealt with this before. I'm going to tell you a very long story, in a very short way.

Let's call him G (Not his initial)

G told me he loved me. So many times. He told me he thought the world of me, too often. He told me our bond was irreplaceable, on numerous occasions, to the point these just became words. Words that could be poetically drafted into a pretty flow of a sonnet, but just words either way.

When someone says something over and over again, they are often trying to do one of two things: 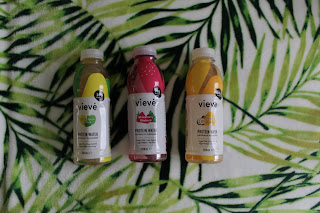 I want to start off this post by saying, no, I ain't no fitness junkie, even though I wish I was. I wish I was one of those people who has all the energy in the world, performs yoga on the daily and goes for multiple sprints a day. But I am not one of them, sadly, but that doesn't meet I should neglect my body of essential nutrients to help it repair after I do any kind of activity. (I do do some exercise, I promise)

When contacted by Vieve asking whether I wanted to review and chat about their protein water, I was was initially flattered (thank you so much!) but also had "second thoughts" I guess. I always assumed protein supplements were for muscly macho men who spend all their time in a gym. I didn't think they were for average people like me, who fit exercise in round their busy, working lives. However, after doing my research, I was proved wrong.

First of all, there are many reasons why people could and would want to add extra protein in their diets. For exa…
Post a comment
Read more
More posts