How I started to phase out meat/go Veggie | #NationalVegetarianWeek | #MeatFreeMonday

- May 14, 2018
This week, May 14th - 20th, is National Vegetarian Week. An annual celebration of all things Meat Free, but the first time I have actually been vegetarian. If you didn't know, I recently cut meat from my diet, and started to live as a Vegetarian as such. It has been a great experience so far, so I thought that throughout this week, I would share with you some of my experiences, tips and tricks for being a new veggie. 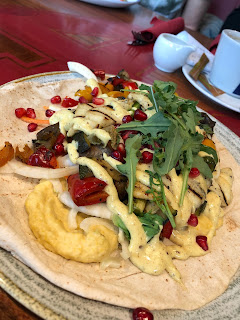 I have been Vegetarian for about 6 weeks or so now - properly. About a month before that I had made the consious decision to eat less meat and reduce my consumption massively. I did this in two ways.

Living in a household of a vegan and 3 meat eaters, it was always a mix of food at the table. Being one of the meat eaters, my mum would cook a meal for myself, my brother and my Step dad which typically would involve meat, and eat plant based herself. When I first started eating less meat, I would still eat whatever she cooked whilst I was experimenting. This was because I wasn't sure if I wanted to cut meat out completely, and I wasn't committed yet in that sense. So instead, I stopped choosing meat at other times. I would have a meat free breakfast and lunch, and if my mum cooked meat for tea, I would have it, which ties into my next point. 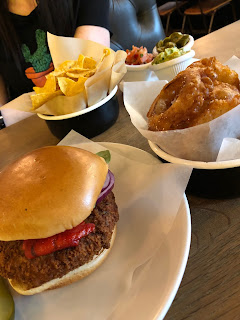 At the very beginning, and a way that I got used to it, I only would have meat in one of my meals. So if I had it for lunch, I wouldn't have it for tea. You get the point. So if I really wanted something, I restricted myself to just having it once. This way I could judge how much I wanted / "craved" meat, and it gave me an indication of the kind of diet I would lead if I went full on veggie. 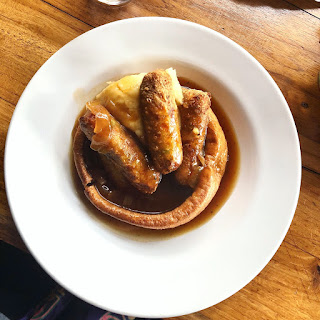 I want to disclose - before I went Veggie, I was a huge, HUGE meat eater. Not something I am proud of now, but that's for another day. I just ate alot of meat ok - and my mum in paticular was so suprised that I actually made the decision to cut it out. Let me say, it is much easier than I ever thought it would be. The amount of veggie choices and meat alternatives now is incredible (another post coming soon) so I am not feeling like I am missing out at the mo. 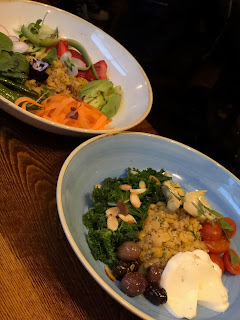 I am going to leave this post here for now as there is a lot else I could say, but I wanted to keep this post to just how I began to phase out meat. The next few posts will involve my favourite things to eat now, how it works with my lifestyle, places to eat out as a veggie etc. I really hope these posts will give you an insight. I may do a post as well about why I am veggie, as I have a few reasons, but I don't want any of my content this week to feel pushy or too intense. I simply want to provide info and hopefully be interesting.

All pictures are yummy veggie meals. :)
#MeatFreeMonday #NationalVegetarianWeek Cutting how meat How I started to phase out meat/go Veggie How to eat less meat Meat Free Plant Based Vegetarian Vegetarian Week 2018 Veggie 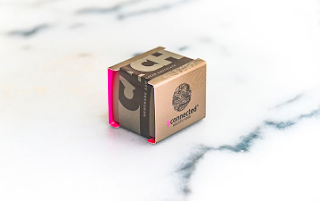