What I have been eating at Uni so far (Vegetarian)

- September 26, 2018
I thought I would throw together a little post of the majority of the meals I have had so far, whilst living alone, at Uni. Hopefully this post could offer some inspiration for anyone who has just moved to Uni/is living alone for the first time. They are pretty basic, but with a few twists here and there. You will see ingredients repeated as I have been trying to use things up. Just to note, I do know how to cook and enjoy it, it was something I did when I lived at home, so it hasn't been difficult in that sense. Also, I am a vegetarian, so none of these include meat.

I love eggs on toast/crumpets, so I have had that a couple of times. A great source of protein and really filling! 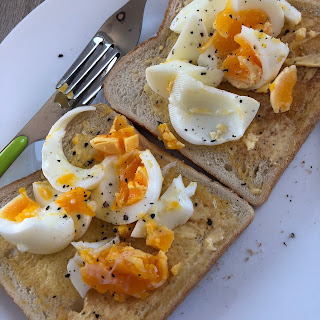 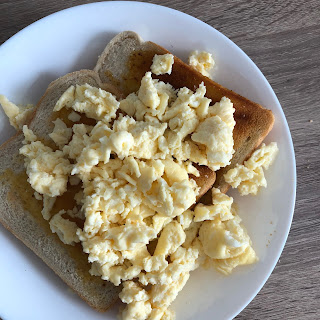 Yes, I said "Evening Meal" in an attempt to avoid the Dinner/Tea argument. (It is Tea by the way)

I had homemade - Chinese style - Veg Fried Rice. Made with frozen mixed veg, this needs a little work in terms of flavour. 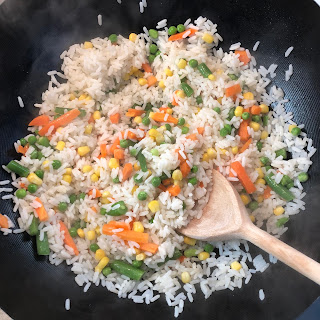 My favourite veggie burgers are the Linda McCartney Mozzarella burgers, and in a pitta, with spring onion, they are lush. 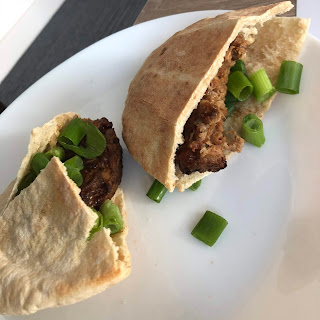 Here is bolognese pasta (with veggie mince), which was yummy. I also added spring onion to this, and shredded cheese. 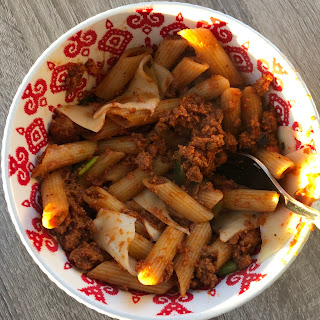 Jacket Potatoes (or Baked Potatoes if you're not from the UK) are a personal fave. This was a lot, so I didn't eat it all. I just had to cook them both as they were going out. One had garlic and herb cream cheese with extra spring onion, and the other just had cheese. 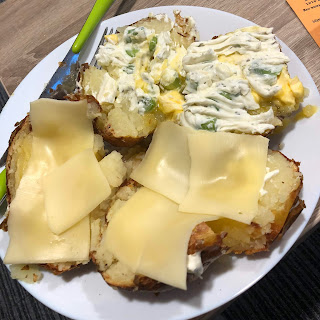 On this night, I was invited to a free curry buffet with my uni. Uni's run many events like this in the few weeks, for particular courses/programmes. I would really recommend taking advantage of these. They are not only a great way to meet peers, they are great for getting a lot of free food, obviously. They had a million veggie options at the restaurant too which very pleasantly surprised me. Pictured is a plate of the starters and a plate of the mains. 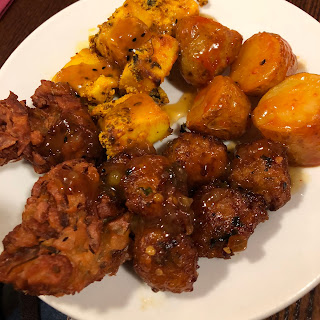 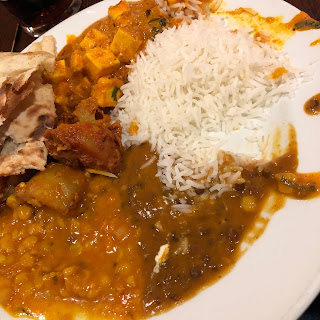 This is probably not the most cohesive meal, but I had Quorn nuggets, roast potatoes and cucumber. The roast potatoes were made out of frozen, left over jacket potatoes that I had to panic freeze after they were going off. Worked a treat! 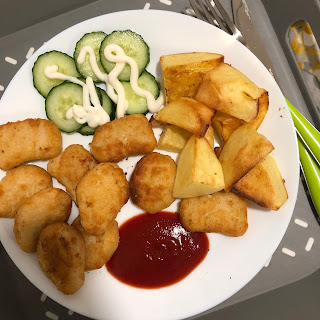 NOT QUITE A DOMINOS.

Frozen pizza life. This was from Iceland, and it was pretty basic. I added extra cheese in an attempt to revive it a little. It was okay. For frozen pizzas, my favourites are Ristaronte or ones from the Co-Op. 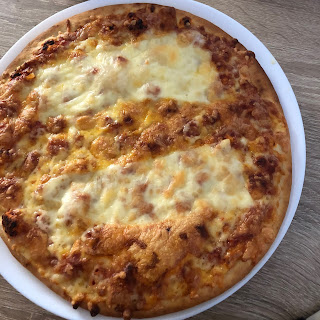 I succumbed. I had the first microwave meal. Just kidding, there is nothing wrong with that, I just find it funny as it is very typical of a Uni student. It was spinach and ricotta Cannelloni. It was lovely, and accompanied by pitta and orange for afters. I have loved having oranges, they have definitely become staples. 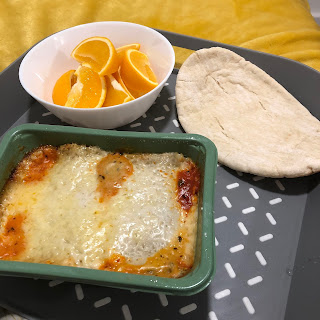 Last night I took advantage of a free burger voucher I received from Nando's. It was a part of the dig in box that was in my room when I arrived at Uni. Turns out you have to spend 7 pounds to get it, so I bought some peri salted chips and halloumi to go along with the butternut burger. 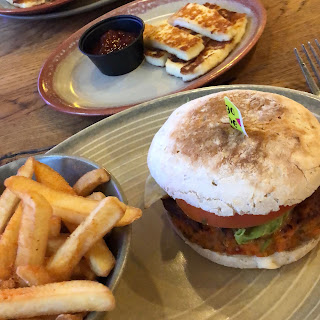 I hope you enjoyed this post! Tonight I am going to cook Spaghetti Bolognese, veggie style, with Quorn mince. I can't wait.

Today I thought I would share with you my experience baking Tanya Burr's infamous cookies, and tell you how I did it along the way if you are unfamiliar with the gorgeously gooey circles of delight's recipe.
You will need:
75g of cocoa powder A dash or two of milk, depending of how dry your mixture seems to be 300g of caster sugar 275g of self raising flour 200g of butter A large bar of white chocolate A large bar of milk chocolate One large egg

Method:
Preheat your oven to 200 degrees Celsius. Cream together your butter and sugar in a large mixing bowl, before cracking your egg into the mixture. You then want to stir in all your dry ingredients. At this point you want to add your milk if the dough is looking dry. After this, you want to break all your chocolate up into the squares and chuck it in. (And eat a piece or two - of course!) Start using your hands to form a dough, and when it is all combined, you can put in on a surface and separate it into rather large balls, ready …
Read more