Showing posts from March, 2017
Show All

Saturday treat // Buy 1 get 1 half price on Maybelline 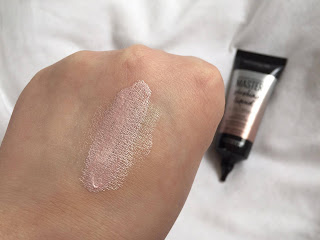 Who remembers when I used to Saturday Treat posts? It's been a while, so credits to you if you've been around that long. I used to find good deals in superdrug or boots on beauty items, and share my finds with you over my blog. They were my favourite kind of posts to do, so I thought I'd resurrect them and show you my latest picks.  the deal in question is the maybelline buy one get one half price. I love these sort of deals as it's not as big of a commitment or splurge as the general 3 for 2, but it still allows you to get something significantly cheaper than its RRP.  First of all, and the most expensive item of the two, making it the one I paid full price for, was the master strobing liquid in Light/iridescent. I've been wanting this for a while as it has been compared to the Cover FX drops, which are gorgeous, but at £34, expensive. This product retails for £6.99, making it a bargain if it is similar. It comes in two shades, the other one is of a warmer
Post a comment
Read more
More posts