What makes a successful relationship? 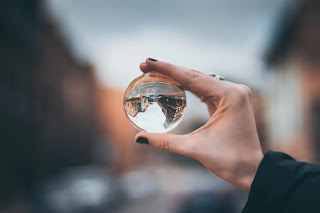 What exactly determines a successful relationship is the question I am asking today.

Does every relationship that you have had have to be successful?

Can a damaging, negative relationship be successful, as it has still taught you something?

I would say a successful relationship is one that makes you happy in one capacity or another.

Whether that relationship lasted for 2 minutes or 2 years.

If you think about it, you have a relationship with everyone that comes into your life. Whether it be someone you spoke to on a flight, the guy who works at your corner shop, your auntie or your ex work colleague, you have formed so many relationships in your life time. Some may only last for 2 minutes, and that's it. Others may linger for years and years. But they are all successful, if 1, they brought some sort of happiness, or even 2, if they taught you something. These relationships are fed to us for a reason. That's how I see success anyway.

I always say that I don't believe in coincidences.

I believe in fate.

I believe every occasion, every person and every relationship is put in your life for a reason.

Google defines success as "the accomplishment of an aim or purpose."

But the archaic definition is "the good or bad outcome of an undertaking."

Does this mean that success can be defined by either a bad or a good outcome, and in fact it is just the result of something? Does that mean that not all successful relationships have to be good ones?

Could this also show that our attitudes towards success have changed over time?

To me, it is presented as now, we believe that success is this accomplishment of something that you initially set out to do. Where as back in the day, success was either a good OR a bad outcome. Have we become more caught up on what is actually success, and what is actually just, life?

So let's go back to that first question, what is a successful relationship?

If we applied the archaic definition, you could go with option A. According to the old definition, whether the outcome is good or bad, it could still be described as successful.

If we applied the current definition, you could go with option B. According to this definition, success is determined by the accomplishment of an act. But then again, if you think about it, what is that act?

This is about to get deep, so buckle up.

Yes, my brain is fried too.

What is the end goal? What are you accomplishing by being in a relationship? (Just to reiterate, this applies to any kind of relationship) Does the end goal depend on the individual? To me, all the possible options I could think of are quite "in the moment" situations, not something you need to achieve long term. For example, overcoming loneliness or general happiness, these are things that are not necessarily strived towards for a long period of time (as in your whole life), but they are things often brought to you by people. I guess for some people (including myself) happiness can be an end goal, but at what point do you feel as if you have achieved it? And as the old saying goes, happiness comes from within. Or as my mum says, happiness is an inside job, and can't come from others solely.

I asked a male colleague of mine what the word success meant. Not what it meant to him, simply what it meant. He said, something is successful if you've achieved what you want to.

I think that pretty much sums this up.

By being in a relationship, if you achieve what you want to, then it's successful.

I spoke to my mum about this blog post/research last night and she said one thing that stuck out to me.

She explained that in order to have a "successful relationship", the people involved in said relationship, need to share the same vision on what they want from being in each other lives. If we're talking friendship, is it support? Is it company? Is it for work reasons? If we're talking romantic, is it casual? Is it serious? Is it for the long run? If you share the same idea of "success" then it will work, if not, then you will be growing and moving in different directions right? Knowing and managing your expectations will limit disappointments, right? If you know what you are going into, with your eyes wide open, you can't be angry - nor frustrated when someone doesn't see it the same way as you.

My mum also said that she thinks that so many people get divorced/break up/fall out because people don't communicate what they want before investing in a relationship and end up growing apart because of it.

Since starting this blog post, or as I like to call it, "research project", I have noticed how much people talk about and put emphasis on success. I read of a blog post from Inthefrow today (I have been going back and forth on this post for many days) that described success as aiming for something in life, something we really put our heart into. I guess by reading these definitions as such, it has helped me realise what society defines success as and how I analyse people's perceptions internally,

If I really had to define a successful relationship, I would say it's one that...

We haven't even touched on mutualism, symbiosis or any of those words that are used to describe something that simply, works both ways. I think a successful relationship is one that both mutually benefits and makes both people happy in some capacity.

If you google "what is a successful relationship" all the results focus on them being "long term". Why is time the definition of success? I was close to someone, both friendship and relationship wise, for many, many years of my life and it's one of my biggest regrets. It was a WASTE of time. It wasn't "successful" (if we apply the societal definition) in the slightest, I only ended up worst of after it.

Or was it successful? It showed me how to love, it showed me laughter, it showed me how to care deeply for someone. It gave me company, a bond that will last a lifetime. It gave me so many things, good and bad, but it did end. So does that mean it was a failure? Just because it ended? Or can something that ends still be classed as a success? It should in my opinion. A lot of the time, things end. It doesn't mean they didn't work for some of their duration. They should still be acknowledged.

How about we be more positive? Look at thinks in a better light, rather than talking about failures all the time, why don't we talk about things that we have done, and describe them as successes.

I am so worried about contraindicating myself in this, and I am trying not to think that I am too much or I won't say what I want to say. I want to discuss, I want to ramble, even if this doesn't make a whole lot of sense.

Personally, I think time means nothing. I think you can form a bond with someone over a month that it might take 3 years to form with someone else. Honestly, it's the person, not how long you've been around them. I hate the concept of time, and how society puts so much importance on it. Yes, celebrating milestones and achievements is all well and good, but isn't it what happened in that time that is more important? The memories, the care, the love, it's not some sort of race to who's been besties or lovers for the longest. The majority of my bestest relation(friend)ships are the ones that I have formed in the last year. These are the people I feel closest too and have bonded with the most. Time means zilch to me. It's the people that do. 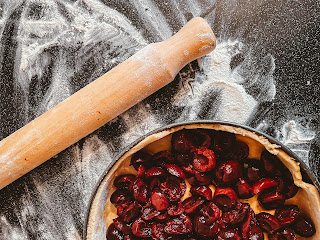 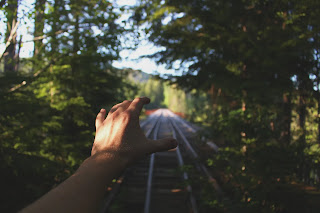